How to activate the function? 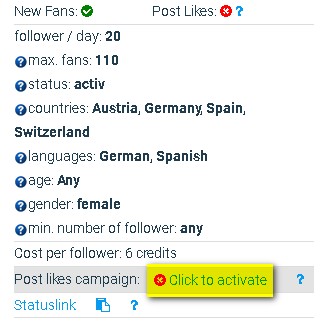 What is the performance after the campaign is activated?

You can adjust this by yourself. The setting is "Likes per post". Just click on "edit" to change.

What happens if the site has not published a new post?

In this case, no posts will be promoted. The system is waiting until you post somtehing new.

You can stop it manually or enter "Max. Likes post campaign limit" in the settings. After reaching this limit the campaign automatically stops. 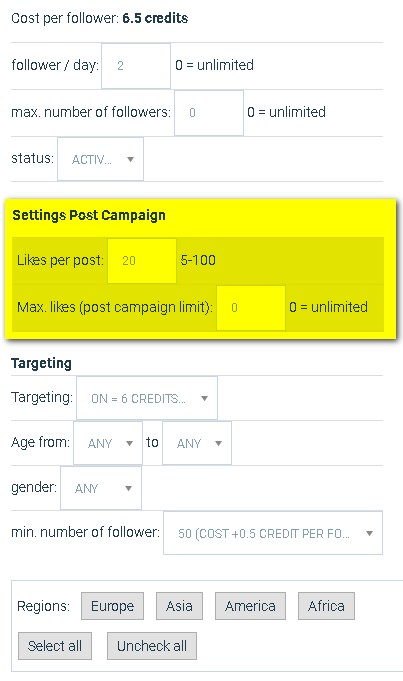 Is the "Post Like campaign" active when the "main campaign" reaches the limit "Max. Fans / Likes / Follower"?

What does each post-like cost?

Which target group does the Post-Likes campaign have?

Can the advertised posts be viewed?

How do you stop the function?