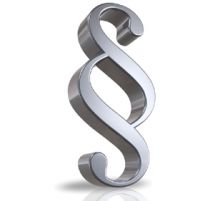 FanSlave’s offer is legal and does not contravene Facebook rules.

FanSlave is an online platform from which registered members acquire access to a protected area in which they can then click onto advertising partners’ online advertisements and thus reach the Facebook page of the advertising partner. Once there, users can view the advertising partner’s offers at their leisure and if they wish click the "Like" button. No user would like a page or join a page as a  "fan" without previously having decided whether, based on the content of the page, he or she would really want to be a "fan." There is no obligation on our part to sign up to a page as a "fan". The user would do so only as the result of a free decision.

Commissioning fanSlave does not represent any breach of legislation for our advertising clients.

Despite many reports to the contrary in various forums, fanSlave does not sell a predetermined number of fans or indeed guarantee an increase in fans achieved only by technical manipulation, as is the case with other service providers. At fanSlave, the customer can hire advertising space exclusively accessible to registered fanSlave users. The customer decides the duration of the hire period. This is not measured in days, but in numbers of fan clicks. That is to say, the link to the customer’s advertising space remains until the advertisement has acquired the agreed number of fans. This principle is comparable to the Google AdWords campaign, where the customer has links to advertisements until the day limit is reached. The interpretations of some self-appointed Facebook experts are therefore wrong. They have not understood the basic principle. The customer does not buy fans, but pays fanSlave for offering the customer a platform from which the latter can convince more fans to join its Facebook page exclusively on the basis of the advertisement’s content.

There is no law that goes further to actually forbid trading with fans, and there is no such passage in either the Facebook or in the Twitter Terms and Conditions or Terms of Use.

There are also no known cases where Facebook or Twitter has taken proceedings against the actions of fans or followers. The only known case dates from 2009, where the USocial Facebook company offered !Friends for sale.

This is a great difference, as we are concerned with Facebook !Fans and not Facebook !Friends. USocial continues to sell fans online – which rather contradicts the theory of a prohibition.

fanSlave is an online market place, where providers and interested parties can meet one another directly.

You hire advertising space on our platform – in a manner comparable with AdWords or a TV advertisement. Your advertisement is displayed until the desired number of interested users have acknowledged your campaign by clicking "Like." Advertising for Facebook fan pages is well-established and can be seen every day on television – the only difference between that and our offer is in our results-based charging – every user who finds your site interesting is evaluated.

Additionally, it is impossible technically for social networks to trace how they acquired their fans and also it cannot be technically proven who set up a particular advertising campaign with us.

The question also arises as to why Facebook should have any interest in taking proceedings. After all, we are helping these providers with our services to acquire considerable new traffic and interest in the form of many more new users and companies.